University of Missouri Chancellor Brady Deaton announced today that he will step down as chancellor effective November 15 of this year.

Deaton says the time was right.

“(The decision to retire) did not happen quickly, let me say, I looked at a range of issues. The success and the coming together of the planning that we have been engaged in has been a very big part of it. And frankly the lack of absence of any major crises as I see them right now, you don’t want to choose that time,” Deaton said.

Deaton says there are no negative motivations behind his retirement.

“Frankly, for me, I have a lot of things to think about that are very exciting. Big ideas that I want to be pursuing and they are very much in sync with the best of this university. But right now I can serve those ideas and my direction and my family time, which I would like to have more family time, that is a factor.”

Deaton says he and his wife Anne will continue living in Columbia. He said one opportunity on the horizon is that he has been invited to be a guest in residence at New York University for "as much time as he wants to give to that in the next couple years.” He thinks if he takes advantage of that, he might be able to form ties between NYU and MU.

He also hinted at working with an institute the University of Missouri is considering creating, which he says will be detailed further during the Board of Curators meeting in Columbia on Friday. He says the idea is to look at creative ways the university can work on global issues by utilizing its research and students.

Deaton says recruitment and retention of faculty, growth in research, and campus diversity are among his proudest achievements as chancellor.

"This is a time that is given to great thought and emotion and I’m very happy to have had the opportunity to have served as chancellor for the last 9 years here at the university,” Deaton said.

“From our perspective the future is bright.  We’ll get through these transitions in smooth and effective ways, with emphasis always on the quality that we are achieving as an educational institution,” Deaton said.

Deaton, 70, has served as Chancellor of the University of Missouri since October 2004.  He came to MU in 1989 as a professor and chair of the Agricultural Economics department.  He started working as chief of staff in the Office of the Chancellor in 1993 and became deputy chancellor in 1997.  In 1998, he became provost.

Deaton was appointed by President Obama to chair the Board of International Food and Agriculture Development in May 2011.  He was reappointed to serve a four-year term in 2012.

Deaton has an extensive record of international service, including a tour as a Peace Corps volunteer in Thailand from 1962 to 1964.

The University has released an official announcement, which is available here. 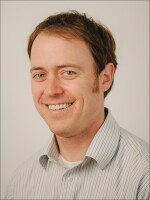 Ryan Famuliner
Ryan Famuliner joined KBIA in February 2011. Ryan previously worked as a general assignment reporter and videographer at WNDU-TV in South Bend, Ind. and as a reporter and anchor at the Missourinet radio network in Jefferson City, MO. He’s reported nationally on NPR and WNYC’s The Takeaway.

Bridgit Bowden
Bridgit Bowden is a senior at MU studying Convergence Journalism and Spanish. She works as a reporter, producer, and editor at KBIA.
Latest Stories