Musical Robots Take The Stage For Harmony, Not Domination

Robots aren't taking over the planet yet, but they are doing jobs in more and more places: hospitals and offices, movie sets and battlefields. They're making a mark in the world of music, as well.

When it comes to heavy metal, one group has claimed the title of "the world's heaviest metal band." The robot band Compressorhead is a trio of hulking metallic machines designed to play real instruments. Stickboy, the four-armed, mohawked, headbanging drummer, even has a mini-me holding up the hi-hat. The guitarist, Fingers, has 78 hydraulic fingers — wires stream out from the arms to trigger notes along the entire fretboard. Bones is on the bass.

The robots cover rock classics, some AC/DC, some Joan Jett, some Led Zeppelin. The robot band got to play their biggest stage yet in January at Big Day Out, an Australian music festival.

Thousands of fans rocked out in the blazing sun to the Red Hot Chili Peppers, The Killers and the robot band they'd never heard of.

"They have the poses of rock gods, those robots. The bass player's definitely the most photogenic," says Shar Try, who was up on the stage snapping shots of Compressorhead as they banged their heads and swished their hips.

With all of the extra extremities, they can play with more speed and agility than people ever dreamed of. And they're not the only robot band out there.

Troy Rogers is a composer and instrument designer studying at the University of Virginia. Rogers and two colleagues run the group Expressive Machines Musical Instruments (EMMI) and are focused on building robots that play original work.

There's a a guitar robot — with only one string and two speakers that look a bit like eyes — a slim cylindrical instrument that resembles a flashy clarinet, and a robotic drum.

While they don't have the same rock-god look as Compressorhead, they are more versatile in their music selections. They were designed to improvise.

This project started a few years back. Rogers was working in Belgium with another set of robots, the world's largest robot orchestra at the Logos Foundation. The group Ear Duo, a saxophonist and a bassonist, was planning a trip there and wanted to jam with the robot orchestra.

Rogers programmed a section of the orchestra to "listen" to the patterns of the human performers — in terms of pitch, rhythm and tamber.

Rogers says the resulting jam session was "magical." He and his team got to work designing the trio of musical robots for the human musicians. Since then, that human band has done three tours with the robotic accompaniment.

"The more people who get their hands on these instruments and do interesting things, that's how instruments evolve," says Rogers.

It's talk like this — about instruments evolving — that inevitably triggers fear of a robot takeover. Robots can scan endless pages of music and can be programmed with the rules of a genre. If they can play faster and even tour, will there come a time when human musicians are replaced altogether?

The humans who are building these robots don't think we're in jeopardy. The goal is collaboration.

"The big promise of human-robot interaction is to be able to use the things that robots are good at and the things humans are good at and everybody contributes their own parts," says Guy Hoffman, who runs the Media Innovation Lab at IDC Herzliya in Israel.

When Hoffman was a research fellow at the Georgia Tech Center for Music Technology, he worked on a robotic marimba player named Shimon. This robot can improvise and match a human performer in a jazz improvisation. Hoffman played with Shimon for the stage debut. It has four arms, with two mallets on each. It can play up to eight notes at once. It can quickly scan millions of pages of sheet music and is programmed to use that information to improvise.

Plus, the novelty element helps draw an audience. "Everybody wants to see this. I think robots are incredibly sexy to audiences. There's something mesmerizing about a machine that has some quality that we usually consider to be human." Hoffman says.

There are even some musicians you may have heard of who are tinkering around with robotic instruments. Bjork commissioned a massive robotic harp for her latest tour. Jazz guitarist Pat Metheny recorded an album with dozens of robotic instruments. He says working with the robots got him to get to some places he's never been.

Rogers says that's just the point. "I think music is gonna be just fine whether or not robots are involved. But, each one of those tools we make changes music, and in fact changes us," he says.

Besides, Rogers says, as much as we like to think that machines are less high maintenance than fussy rock stars, it's just not true. "If I want what a human performer can give me, I'll gladly work with them. They're much easier than robots to deal with most of the time," he says.

A robot may never ask for peeled grapes or M&Ms with all the blue ones picked out, but it's easier to work with too much personality than it is to program it from scratch. 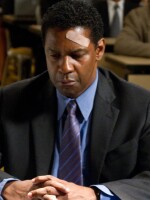