We are experiencing technical difficulties affecting HD radio listening. Learn about other ways to listen to Jazz KWMU-2 and Classical KWMU-3.

Nostalgia, Now Out On DVD, With 'Wonder Years' And 'Pee-wee' Releases

At the moment, we're at yet another pivotal point in the history of home entertainment, which keeps changing with sudden — and major-- tectonic shifts. Just ask Blockbuster Video: Videocassettes for home libraries gave way to DVDs, which now seem to be giving way to streaming video and the cloud.

Today's young consumers don't seem to want to possess physical copies of their favorite TV shows; they just want access to them wherever they can find them. So in what may be a last gasp for DVD collections, some of the new box-set releases are aimed at baby boomers and Gen X-ers — and are lavished with the kinds of extras, and extra care, that make a strong argument for purchasing them.

The perfect example of this is StarVista and Time-Life's new set of The Wonder Years,the ABC sitcom that ran from 1988 to 1994. A really bad, misleadingly named single DVD called The Best of the Wonder Years was released 10 years after the series premiered in 1998 — but there's been nothing since, even though The Wonder Yearsis one of the most requested titles by DVD collectors. That's because the musical elements were a seminal part of that series, to set both the time and the mood, and the music rights for home-video release proved too complicated and expensive to acquire. But recent DVD releases of Freaks and Geeks, Veronica Marsand other series have proved that fans will pay extra for the original music, so this new Wonder Yearsset has acquired most of it. Not all, but the vast majority, and more than 100 of the 115 episodes are presented with all of the songs intact.

That's fabulous news. And the even more fabulous news is that The Wonder Yearsholds up so beautifully in every way. It stars Fred Savage as Kevin Arnold, a teenager coming of age in the late '60s and looking back on his life 20 years later in a narration provided by Daniel Stern.

The Wonder Years isn't dated at all. The music, the tone, the message, the nostalgia: Everything remains pitch-perfect.

Another 20 years have gone by since the series ended — Savage is old enough now to record his ownmiddle-aged narration for the show — but The Wonder Yearsisn't dated at all. The music, the tone, the message, the nostalgia: Everything remains pitch-perfect. Like in the closing moments from the pilot episode when Kevin comforts and kisses his neighbor, Winnie Cooper: The music swells and the voice of the adult Kevin puts it all in perspective.

The Wonder Yearsset includes lots of extras and comes packaged in a miniature school locker with loads of goodies — but for me, the episodes are what matter, and it matters that they're presented so lovingly and so relatively complete.

Music rights also are at the heart of another new release this month: Shout! Factory's WKRP in Cincinnati: The Complete Series. Only the first season of this sitcom, which originally ran on CBS from 1978 to 1982, was released on DVD — and that was back in 2004, with much of its original music replaced. As with The Wonder Years,this new collection contains most, but not all, of the original music. But unlike The Wonder Years,which holds up superbly, WKRP in Cincinnati plays as a more dated viewing experience. But for those who remember it, and liked it, it's still an enjoyable one.

My favorite moment of all — based on an actual, very unfortunate radio promotion — had WKRP newsman Les Nessman reporting on a Thanksgiving Day stunt in which a station helicopter flew over a crowd and released a bunch of live turkeys — which, it turned out, couldn't fly. The live radio report by Nessman, played by Richard Sanders, was a disaster, just like the one involving the Hindenberg in the '20s.

Finally, also appearing this month on DVD, also from Shout! Factory, is The Complete Series: Pee-wee's Playhouse. This series was released on DVD 10 years ago, but now it's re-mastered, and available for the first time on Blu-ray. Many TV series don't benefit much from the enhanced sound and visuals of Blu-ray. But some do. Pushing Daisies. Twin Peaks. Breaking Bad.And, yes, Pee-wee's Playhouse,with Paul Reubens and his endlessly inventive take on a children's TV show. The visual restoration is brilliant and hearing the theme song will remind you of the show's manic, infectious energy.

David Bianculli is founder and editor of the website TV Worth Watching . He teaches TV and film history at Rowan University in New Jersey. 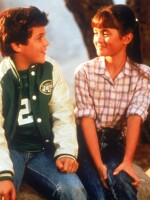 David Bianculli
Local Updates: Tracking The Coronavirus
The latest updates about how the coronavirus pandemic is affecting the St. Louis metro area, what leaders are doing about it and how quickly it's spreading.
Get The Latest
Latest Stories