This past week, users of the social-sharing platform Reddit — one of the busiest sites on the Internet — hit a wall when moderators on several of the site's largest sections, called subreddits, locked users out.

The shutdown was a protest sparked by the dismissal of Victoria Taylor, Reddit's director of talent, who was a key figure behind the site's highly popular r/IAmA (Ask Me Anything) series, which has attracted various celebrities — even President Obama.

Those moderators said they were "blindsided" by Taylor's firing and that she was "an essential lifeline" for the parts of the site she managed. Reddit users have demanded answers from Reddit's interim CEO Ellen Pao, who many say is responsible for various recent changes at the 10-year-old company.

In an interview with NPR's Arun Rath, Pao said she couldn't talk about an individual employee, but that there was miscommunication around the transition.

Pao said they are working on improved tools for moderators as well as expanding the community management team. Kristine Fasnacht, a long-time Reddit user and community manager at the site, will also take on the duty of being a liaison between moderators and staff.

Like the CEO of any company, Pao has a mandate to make Reddit profitable. The shutdown Friday emphasized the role of Reddit's moderators, volunteers who manage and maintain the individual subreddits on the site, a role and importance that Pao acknowledged.

"We rely heavily on the moderators and we really depend on them," she said. "What we learned from this event is that we need to communicate better with them and that we don't take them for granted."

But even with the users who volunteer their time having such a large stake in the site's operation, Pao doesn't feel restricted.

"I don't think of it really as a restriction so much as figuring out who our different users are and making sure that we have choices for each of those users," she said.

Pao said that she is confident that communication can be improved and that what moderators and users are looking for from the site is the same thing that she and the site's owners are actually looking to provide.

"We want to build them better tools, we want to make sure we're incorporating them in our decisions and we want to make sure we are being thoughtful in how we move the company forward," she said. "We are very much aligned in what we want — the question is just making sure we have a better relationship and closer coordination going forward." 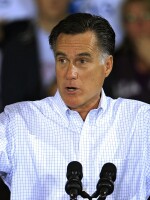