We continue our job series with a comeback story; the revival of an industry lost long ago, and how one Iowa company is making it work all over again. The story from Iowa Public Radio’s Rick Fredericksen.

It was the original form of mass transit in cities and towns across America. In 1944, the musical Meet Me in St. Louiscelebrated the trolley car era when commuters climbed aboard electric street cars.

Not long after Judy Garland sang the Trolley Song, street cars began to vanish—replaced by buses. An Iowa company is among those pioneering a rebirth;GodbersonManufacturing Company, orGomaco, has even landed a new project to recondition trolley cars for St. Louis.GomacoTechnician JohnTarris one of the very few trolley car operators in Iowa.

“It’s very simple to operate a trolley car. You just have a forward and reversing switch and an accelerator, the more you notch it up the faster it goes, and then it has air brakes which are the tread brakes. About anybody could drive a trolley car.”

Located on the edge of Ida Grove,GomacoTrolley employs about a dozen full time employees, but borrows other workers from the company’s much larger business, which specializes in making paving equipment. GrantGodbersonis Vice President ofGomacoTrolley.

“To have just a trolley company would be a hard go. The advantage we have is we have an existing business with the construction equipment that offers us all the infrastructure we need to build trolleys and it also offers us a way to use our employs when the trolley business is not going and we like to try to keep employment level the same, so it helps us level things off.”

SinceGomacolaunched the business in 1982, workers have built or renovated around 40 trolleys, including the one that has been an attraction for 13 years at the Old Threshers’ Reunion in Mount Pleasant. A new concept that might mean more jobs someday is a prototype: a hybrid trolley. JohnKallinisGomaco’ssales manager.

“It’s capable of running 100 percent on battery power or you can flip a little switch, the pantograph will go up to overhead wire, the batteries shut off and it now runs on overhead. And while it’s on the overhead it’s using that power to recharge the batteries, so it’s a real slick operation. It was designed for what we think might be a future demand.”

The rebirth of trolley systems is concentrated in larger cities striving to revitalize their downtown centers and historic districts.Gomacois one of only a few companies having success. For JohnTarr, who started with the company four decades ago as a factory supervisor, bringing trolley’s back to life is a thrill.

“Being able to go out and see expressions on people’s faces when we deliver a trolley car and listening to people who used to ride them and see the people bringing their grandchildren and tell them about how that was their mode of transportation back then and stuff, it’s really delightful."

Next month, Gomaco will make company history when it exports its first trolley car to an overseas client in Taiwan.  The $1.2 million project is battery-powered and will take Chinese passengers between an amusement park and a shopping center. John Tarr will go along and show them how to operate it. In Ida Grove, I’m Rick Fredericksen, Iowa Public Radio News. 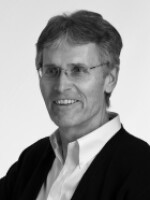 Rick Fredericksen
Rick Fredericksen is a Des Moines based correspondent for Iowa Public Radio. He has been producing the Iowa Archives series since 2007. Rick joined Iowa Public Radio in 1995 after 13 years abroad. Prior to joining IPR, Rick worked in commercial radio and TV in Iowa and Hawaii. For 10 years, he was bureau chief for CBS News in Bangkok, Thailand, covering stories throughout Southeast Asia. He received a Peabody Award in 1989, for CBS radio coverage of the Tiananmen Square uprising in Beijing. He has also won numerous state, regional and national awards for his reporting. As a young Marine broadcaster, he covered the Vietnam War for the American Forces Vietnam Network in Saigon.
Latest Stories