The 88.5 FM KMST Rolla transmitter is operating at low power while awaiting a replacement part.
Midwest Newsroom
The Midwest Newsroom is a partnership between NPR and member stations to provide investigative journalism and in-depth reporting with a focus on Iowa, Kansas, Missouri and Nebraska.

Goods with lead are easy to find at antique shops, discount stores. They're also toxic

Children are especially vulnerable to poisoning because of exposure to items containing lead, whether purchased second-hand or new from a local discount store.

A vintage military-style trunk she bought at an eastern Michigan flea market when she was a teenager became a staple of Jennifer Poupard's life.

Poupard, now 37, originally bought it to store her CDs. Over the years the trunk — styled with leather handles and metal buckles — served as a container for shoes, a coffee table and as a resting place for a record player.

“[Wallace] would pull the stand at that trunk and turn around and run to me,” Poupard said. “And that is around when I noticed the numbers going up.”

The numbers that went up were Wallace's blood lead levels.

Poupard was participating in the Women, Infants and Children (WIC) program -in Chicago at that time, which required Wallace to receive regular blood lead tests.

After consulting with other moms in an online Facebook group, Poupard began to believe her beloved heirloom may have been the culprit.

The Missouri Independent and NPR's Midwest Newsroom are collaborating to explore the issue of high levels of lead in children in Iowa, Kansas, Missouri and Nebraska.

Vintage products purchased at thrift stores or antique shops were often made decades ago – long before current federal regulations on toxic substances went into effect.

Lead paint is regularly found in vintage items more than 40 years old. But the sale of vintage items containing lead paint isn’t regulated, and many buyers aren’t aware of the threat the neurotoxin poses when bringing second-hand finds into their homes.

‘No normal level of lead’

Lead paint and lead pipes are cited as the top risks of lead exposure to children. Poisoning from consumer goods and antiques is rare. Still, state health department websites for Missouri, Iowa, Kansas and Nebraska warn about the dangers of lead in hand-me-down furniture and old ceramics and antique toys.

Elevated blood lead levels in children are typically discovered through routine screenings, not because the child showed signs of poisoning, said Dr. Denise Hooks-Anderson, a family physician who previously practiced in St. Louis for 10 years.

Symptoms of lead poisoning include abdominal pain, constipation, fatigue, and maybe headaches, Hooks-Anderson said. And even if there are no immediate symptoms to warn parents and doctors, the long-term consequences of lead exposure for children can be severe.

“One of the most dangerous misconceptions about lead is that levels have to be really high to cause damage,” Hooks-Anderson said.

“There is no normal level of lead. Having any lead in our blood is abnormal.”

They found that leaded items could be purchased at each of the stores they visited in Virginia, New York and Oregon, and that 19 of the 28 purchased items violated the 1978 federal standard banning the use of residential paint containing greater than 600 parts per million lead.

The most toxic item researchers tested was a salt shaker lid containing 714 times that limit. Researchers agreed, at the time, that it would likely be impossible to regulate the sale of second-hand items at antique stores and flea markets and that children should not be allowed to come into contact with items purchased from an unregulated seller.

Concerned about where the lead was coming from, Poupard sought answers online. That's where she found Tamara Rubin, an activist for consumer goods safety with a large online community.

Rubin founded Lead Safe Mama LLC in 2016 to formally continue the work she’d started in 2008 educating the public about lead hazards after her own children were poisoned. She estimates she interacts with up to 100 people a day, answering questions and providing resources.

About “90% of my readership is moms,” Rubin said, “Moms and grandmas.”

In Rubin’s private Facebook group of more than 18,000 members, parents seek support and advice from one another about experiences involving lead poisoning or children’s exposure to leaded items.

"Rubin sent Poupard 3M swabs to test items in her home for lead, as she’s done for countless other families.

“And I tested the trunk. And that was positive, like immediately bright red on the swab,” Poupard said.

The EPA has raised questions about the accuracy of 3M swabs, including issues about false positives in a report on the product from 2012. But Poupard wasn’t willing to take any chances, especially after recalling the first summer she had the trunk, when her health had taken a temporary turn for the worse around the same time that she was using a metal scraper and wire brush to strip off the green paint on the trunk.

It's unlikely the trunk was the only thing contributing to Wallace's lead levels in the older apartment. But Poupard immediately covered it with a sheet to limit Wallace's exposure. But given its size, it took years for her to finally get the trunk out of their lives.
And when she was finally able to get rid of it, she wanted to make sure on one else would bring it into their home.

“I wrote with permanent marker all over it like in huge letters lead paint on all the sides and inside,” Poupard said. “And I timed it for when the garbage truck should be coming that day or the next day.

Building materials like doors, window sashes and decorative items from before 1978 are particularly risky, said Dr. Kandace Fisher-McLean, a professor with the University of Missouri Extension and Coordinator for the National Healthy Homes Partnership. Vintage dishware, ceramic items, silverware, jewelry, toys and furniture are also more likely to contain lead.

But there isn’t a reliable way for a person to assess whether an older object is a lead hazard.

“You can certainly use that age marker, as a general sort of rule of thumb,” Fisher-McLean said.

Lead has to get inside the body to be dangerous, and children are most vulnerable, Fisher-McLean said.

As a good rule of thumb, “don't purchase vintage toys for your children to play with,” Fisher-McLean cautioned.

Vintage dishes can be especially risky as they’re exposed to heat and light over time, leading to the production of lead dust that poses a danger if ingested or inhaled, Fisher-McLean said.

When 15 children and adults tested positive for elevated blood lead levels tied to the use of ceramic ware last year, the New York Health Department issued a warning about purchasing or using traditional ceramic ware from flea markets, street vendors or places where it’s difficult to determine the manufacturer or how the product was made.

At the Chesterfield Antique Mall in St. Louis County, Missouri, a vintage 1940s dish set is on display and for sale.

“A piece like that might be beautiful to hang on your wall or to put in a china cabinet,” Fisher-McLean said. “But certainly, it's not something that you want to be eating off of.”

Goodwill of Western Missouri and Eastern Kansas declined to comment on policies regarding the sale of damaged or vintage dishes and toys.

Even new items can pose threats of lead exposure.

Discount stores including Dollar General, Family Dollar and Dollar Tree offer thousands of products at low prices, from essential items to kids’ toys. With hundreds of discount stores across Iowa, Nebraska, Kansas and Missouri, people can come to rely on these retailers — especially when they might be the only options within a short distance from home.

Campaign for Healthier Solutions, a nonprofit that works to reduce lead and other toxic elements in items purchased at discount stores, has conducted studies over the years on the lead levels in things like tablecloths, jewelry and toys sold at discount stores.

Its most recent study found that of 226 items tested, the level with toxic chemicals, including lead, dropped from 81% in 2015 to 53% in 2022. While the lead levels were improved, lead soldering in toys and headphones targeted towards children were found to have high levels of the toxic metal.

“Lead is such an easy lift for stores or retailers to go upstream to their suppliers and say, ‘Guess what? No lead is safe lead, right,’” he said.

Bravo said the reduction in the number of items being found with toxins is progressing. Along with the report, one of his organization’s efforts is communicating with each company’s executives to update their policies to expand the restricted substance list. But the lists are only being applied to the store labeled products, meaning more work needs to be done so it applies to everything sold.

Dollar Tree’s corporate spokesperson did not respond to requests for comment.

The federal Consumer Product Safety Commission sets standards for tolerable amounts of lead in products. So far this year six products have been recalled for exceeding a lead concentration of 90 parts per million in children's products. Bravo said leaving it up to regulators isn't always enough.

“Most often enough, people would say, ‘Well, yeah, you know, the EPA, or the Food Drug Administration, or somebody is safeguarding our health when it comes to them.’ That's not the reality,” Bravo said.

Bravo admits eliminating lead from products is only one piece of addressing lead exposure.

“I like to say if we can minimize exposure $1 at a time from these dollar stores, I think it goes a long way.”

The poor pay the price

For some people, the solution is simple: Get rid of items found to have lead in them. Yet Bravo, reflecting on his childhood, contends not everyone is able to afford that luxury.

And even when products get discarded in the trash, it’s lower income and communities of color that suffer the most.

“Where are those municipal trash areas located? They're located back in our community, right?” he said. “And it rains, it goes in the water it keeps on giving.”

When it rains, leachate, a liquid formed from drawing out many chemicals in waste, can make its way into the soil if a landfill lacks a liner or with a damaged liner. From there, it can leach into groundwater, according to a 2013 paper written by several Belgium researchers looking into environmental and socio-economic impacts of landfills.

The Agency for Toxic Substances and Disease Registry, part of the CDC, lists among the environmental health hazards for lead, “people living near hazardous waste sites, incinerators, landfills,” adding that people can be exposed to lead by “breathing air, drinking water, eating foods, or swallowing dust or dirt that contains lead.”

The Missouri Independent and the Midwest Newsroom are jointly exploring the issue of high levels of lead in the children in Iowa, Kansas, Missouri and Nebraska. 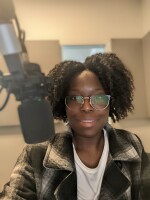 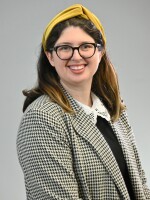 Samantha Horton
Samantha Horton is the health reporter for the Kansas News Service. She most recently worked as a fellow with the NPR Midwest Newsroom and the Missouri Independent.
See stories by Samantha Horton
Latest Stories