MEA represents nearly 50 nonprofit and commercial businesses, including “live-music venues, comedy clubs, independent-concert promoters, festivals, and concert-production companies,” or, as the letter puts it, “the cultural lifeblood of Missouri.” The coalition is requesting a portion of Missouri’s share of the federal coronavirus rescue package.

Jeff Fortier, co-president of Mammoth, books events and partners with venues such as the Music Hall, Starlight Theatre, and the recordBar. He says the industry has been hard hit during the coronavirus pandemic.

“The live music business, we were the first to close, and will be the last to open,” Fortier said.

The request asks for $11.25 million for dedicated grants, or about one percent of the roughly $1 billion of Missouri's remaining CARES Act funds — required to be spent by the end of the year or returned to the federal government.

Keli O’Neill Wenzel owns O’Neill Events & Marketing and represents some of the largest non-profit festivals, such as Boulevardia — which was canceled this year.

“It’s once a year, but it’s a big impact,” she said. “We write checks to local vendors, suppliers, and the musicians all to the tune of $1 million dollars a year.”

Neill Smith served as a talent buyer for Midland AIG, including venues such as Midland Theater, the Power & Light District, and the Truman, as well as smaller clubs — until he was laid off in June.

“So I am currently just really trying to focus in on the efforts of getting some stimulus,” Smith said, “and the small clubs and such, trying to keep them on their feet right now.”

According to Fortier, the Paycheck Protection Program did provide some help for small businesses, but “unfortunately [it was] kind of ineffective for businesses like ours that are between 60 percent to 100 percent closed.”

An additional federal economic relief package has had new momentum in Congress in recent weeks, but there's no resolution yet, which is why MEA decided to seek state support.

"We've all been very creative on how to get through to the end of this year," said O'Neill Wenzel. "And the reality is we know we have at least six more months of really weathering the storm and that's where the dire need is starting."

She added, "So that's why this need and this push to do something has to happen."

The National Independent Venue Alliance, an organization of independent music venues, festivals, and promoters estimates that 90% of all independent venues and promoters will close without additional funding from the state or federal government.

State elected officials, including Gov. Parson's office, did not respond to requests for comment. 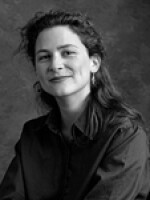 Laura Spencer
Laura Spencer caught the radio bug more than a decade ago when she was asked to read a newscast on the air on her first day volunteering for KOOP, the community radio station in Austin, Texas.
Latest Stories