Del Jacobs likes almost everything about her job. As a SNAP-Ed community worker in Illinois, she likes getting to know the regulars at local food pantries and teaching them about healthy eating on a budget. She likes working with children, especially since she doesn’t have any kids of her own.

What she doesn’t like about her job is the pay, which, after six years in the same position, was only $13.79 per hour. That wage only went up by $1 per hour over six years.

Jacobs is one of thousands of SNAP-Ed workers across the Midwest earning low wages. An investigation by Harvest Public Media and the Midwest Newsroom found the SNAP-Ed program, which aims to educate food insecure individuals about healthy eating on a budget, pays its employees poorly — so poorly that they often experience food insecurity themselves or work second jobs.

SNAP-Ed is the education arm of the Supplemental Nutrition Assistance Program (SNAP, formerly known as food stamps). It operates in all 50 states and has been around for 30 years, though the foundation for the program was laid out in the Food Stamp Act of 1977 and it’s undergone many changes since then. The goal of the program has always been to educate low-income communities on how to eat healthy on a budget.

SNAP-Ed is funded by the U.S. Department of Agriculture’s Food and Nutrition Service (FNS) and, in most states, run by land grant university extension offices. Our investigation revealed a tension between state-level SNAP-Ed program coordinators and the USDA, where finger-pointing between the two entities is resulting in a lack of accountability for the low wages.

Jacobs, for example, has qualified for SNAP benefits. And to make ends meet, she took on a second job as a housecleaner, which pays $25 an hour – close to double what the University of Illinois pays her.

“Isn't that sad, that I get more for cleaning a house than I do for doing an actual job?” she said.

There’s no such thing as a typical work day for Jacobs.

As a SNAP-Ed community worker, one day she might be teaching a class on how to cook with food pantry staples and the next she’ll be at the local farmers market teaching SNAP recipients how to use their benefits to buy healthy, local food. The position is technically entry-level, but Jacobs has a lot of responsibilities, including teaching ten different types of nutrition classes for all different age groups and managing relationships with local food pantries and non-profits. She even has a university-issued credit card.

Most SNAP-Ed positions require about five months of on-the-job training. And yet, according to our investigation, until recently, the average pay for SNAP-Ed workers in the Midwest was just $13.11 per hour.

“What I've noticed in the six years that I've been working is that we hire everybody at the beginning of the year, they go through five months training, they get out into the community, they realize how much work they have to do for so little pay, and they quit,” she said.

That’s damaging the program’s effectiveness, Jacobs said. Because when a SNAP-Ed employee leaves, it can be difficult to replace them.

“(With) a fair wage, we would have a better impact on the community,” she said.

The higher-than-average turnover rate isn’t lost on Jennifer McCaffrey, who manages Illinois’ SNAP-Ed program. But she chalks it up to employees moving on to better opportunities.

“It is kind of the nature of the role,” she said. “Because we provide so much training and opportunity for education that people do take advantage of that and then move on to a higher paying position.”

But high turnover is a problem in other states, too, including Missouri, which has seen many SNAP-Ed employees leave over the past couple of years.

“We tried to do exit interviews, and some did mention the salaries,” said Jo Britt-Rankin, University of Missouri’s SNAP-Ed coordinator.

A movement to raise wages

According to multiple interviews conducted with program directors, high turnover has been a primary driver to raise SNAP-Ed employee wages. Of the five states surveyed (Illinois, Iowa, Kansas, Missouri and Oklahoma), every single one has raised their employees’ wages in the last three months. (Nebraska did not return several emails and phone call requests for interviews, and did not produce records in time for publication of this article.)

In July, Missouri raised its base rate of pay from $13.57 per hour to $17. Program director Britt-Rankin says she worked with the university’s human resources department to reclassify the employees in order to bump them up to the new pay grade.

“We asked them to help us provide a title as well as a pay structure that more accurately reflected what they were doing,” she said.

She says the increased cost of living – including rising inflation levels – also contributed to the wage hike.

Some workers pushed for wage increases through labor union negotiations. SNAP-Ed workers in Illinois, for example, are represented by the American Federation of State, County and Municipal Employees (AFSCME) union. Over a months-long process, union stewards – including Del Jacobs – negotiated the new contract. One of the main sticking points with the University of Illinois, according to Jacobs, was over wage increases.

Speaking on behalf of the negotiating team, a U of I spokesperson said in an email statement that there weren’t any specific sticking points, but that “some contracts take longer to complete than others, and the pandemic caused a significant delay in negotiations.”

In Oklahoma, SNAP-Ed employees got a raise from a base pay of $10 per hour to $12. Despite the increase, they’re still the lowest SNAP-Ed earners across the region.

Oklahoma’s SNAP-Ed coordinator Candace Gabel knows this. She’s been in her current role for four years and has been fighting to raise her employees’ wages the whole time. While she’s happy about the recent wage hike, she said it’s still not enough to attract and retain workers.

“You can't hire anybody because they're so low,” she said. “Because you can go to work at McDonald's in Tulsa and make $15 an hour if you want to flip hamburgers, right?”

‘How are we going to meet our goals?’

Oklahoma's residents are among the most food insecure in the country. That makes the state’s SNAP-Ed program especially critical, said Gabel. One of her top goals is for the program to help reduce the obesity rate in Oklahoma – which is among the highest in the country. But that might not be achievable if she can’t pay her employees enough to keep them on the job.

“If we don’t have enough people to reach the population, then how are we going to meet our goals?” she said.

But in order to raise her employees’ wages, Gabel would have to eliminate some of her vacant positions – further diminishing her program.

To escape the Catch-22, Gabel said she needs a larger operating budget. In other words, she needs more money from the USDA’s Food and Nutrition Service, which funds the program.

The USDA declined an on-the-record interview on this issue. A spokesperson for the agency sent a statement emphasizing that it’s up to each individual state to determine employee salaries.

“States determine reasonable wages based on the work being performed, location, number of hours worked, and other criteria,” the spokesperson wrote.

The only salary guidelines the agency provides are laid out in the SNAP-Ed Plan Guidance, which is the blueprint for states implementing SNAP-Ed: “All staff wages, salaries, and benefits must be computed on a reasonable hourly basis commensurate with duties being performed, or the Federal minimum hourly wages established by the United States Department of Labor.” The current federal minimum wage is $7.25 per hour. It hasn’t gone up since 2009.

But the USDA does control how much money goes to each state based on a formula. The formula was originally laid out in the Healthy, Hunger-Free Kids Act of 2010 and is affirmed in the Farm Bill. It allocates a certain amount of money for SNAP-Ed based on past allocations plus the percentage of SNAP recipients in each state.

Missouri program director Jo Britt-Rankin said once that formula went into effect, some states lost a lot of funding. Luckily, she said, Missouri wasn’t one of them.

“We stayed fairly consistent,” she said. “We were thankful for that.”

The Farm Bill, which is typically renewed every five years, is set to be updated next year. The contents of that 2023 bill are being debated right now, and Britt-Rankin is pretty sure the SNAP-Ed allocation formula will be a part of the conversation.

“I've been around for several Farm Bills now,” she said. “(SNAP-Ed is) always a discussion point.”

A rewritten SNAP-Ed allocation formula could mean more money for workers like Del Jacobs. Along with other SNAP-Ed workers across the region, Jacobs finally received a raise earlier this year. It was her first significant raise after more than six years on the job. She now earns $16.51 per hour.

But Jacobs said she won’t stop fighting for even higher wages.

“Now that we aren't getting poverty wages anymore, I want to work on getting us a living wage,” she said.

The Midwest Newsroom's Daniel Wheaton contributed to this report.

This story was produced in partnership with Harvest Public Media, a collaboration of public media newsrooms in the Midwest. It reports on food systems, agriculture and rural issues. Follow Harvest on Twitter: @HarvestPM.

This project is part of a collaboration with NPR’s Midwest Newsroom, a partnership between NPR and member stations to provide investigative journalism and in-depth reporting with a focus on Iowa, Kansas, Missouri and Nebraska. 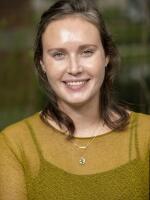