Cora Faith Walker, the former state representative whose March 11 death set off a wave of speculation, died of heart disease stemming from an untreated condition.

That’s according to Dr. Michael Graham, chief medical examiner, for the city. Graham, whose office routinely investigates the sudden, unexpected deaths of young people, said Walker died of the “sudden onset of a lethal cardiac rhythm disturbance that was caused by underlying heart muscle disease,” formally classified as “nonischemic cardiomyopathy.”

No illegal drugs were found in her system and alcohol “had nothing to do with her death,” Graham said.

The finding confirmed an earlier St. Louis Police Department inquiry that uncovered no “suspicious” activity in the death of the 37-year-old who left state government in 2019 to work for St. Louis County Executive Sam Page.

She served Ferguson, District 74, in the Missouri House of Representatives beginning in January 2017. In Page’s administration she served as policy chief.

Walker collapsed in the hallway of the Loews Hotel, the morning after attending a birthday party for St. Louis Mayor Tishaura Jones, a close friend.

Graham said there was no indication that Walker was being treated for the underlying heart disease that claimed her life, though she did have normal doses of other prescribed medications in her system.

“She was not being treated for any heart disease,” said Graham. “She was unaware that she specifically had this going on.”

Graham said hotel video was “really useful” in helping investigators piece together the last moments of the life of Walker, who was hailed as a tireless worker on behalf of women and healthcare.

“We were able to watch the collapse [on] video,” he said. “And she was behaving perfectly normally prior to the collapse. She had no signs of agitation or distress or anything.

“She was walking down a hallway, nobody around, carrying a couple of bags, wearing high heels, walking perfectly normally and then leans against the wall and collapses,” he said.

An unnamed “good Samaritan,” who was nearby, performed CPR before medical help arrived. Graham said there were no injuries other than those caused by CPR.

Graham said the death report includes a toxicology report, and said his office has no more reports pending in the case, based on the information known at this point.

“As far as I'm concerned, I don't see realistically that anything else is going to come to light,” he said. “Obviously if we get some new information [that would change.] But realistically, I just don't see where there's anywhere else to go with this.”

“Unfortunately, many have jumped to conclusions based on rumors, innuendo and allegations with no facts to support the reporting,” Isom said during a weekly report on crime in the downtown area. “It is a sad commentary for individuals who manufacture controversy out of tragedy. Specifically, the reckless writing from the St. Louis Post Dispatch editorial over the weekend contains errors that the board has since refused to address and could have [been] answered through reaching out to the St. Louis Police Department.”

It was not immediately clear what the medical examiner and city police findings mean for a St. Louis County Council member who said via Twitter he would seek a Missouri State Highway Patrol investigation into the death of Walker, arguing that the close relationship between Jones and Walker presented a conflict of interest for the city.

The St. Louis American is a news partner of St. Louis Public Radio. 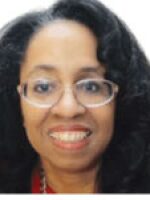