A slate of legislators from Missouri took home the 2022 Bi-State Softball Showdown title against Illinois.

The game started slow, then both the Show-Me State and the Land of Lincoln picked up five runs in the third inning. Missouri's three runs in the fifth sealed the team's 8-6 victory.

Greater St. Louis Inc., the largest chamber of commerce in the region, put on the event for the second timeto "celebrate the bi-state, bipartisan cooperation that makes the St. Louis metro strong."

“Even though one team will be in the field while the other is at bat, they are both the home team to us,” said GSL CEO Jason Hall. “St. Louis is incredibly lucky to have such a strong bi-state, bipartisan delegation that works together to drive pro-growth policy in Springfield and Jefferson City, and we want to take a moment to celebrate their efforts to move our metro forward.”

Below are scenes from this year's matchup.

Brian Munoz is a staff photojournalist and multimedia reporter at St. Louis Public Radio. You can reach him by email at bmunoz@stlpr.org and follow his work on Instagram and Twitter at @brianmmunoz. 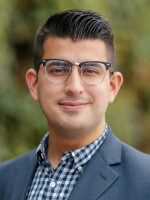