Updated at 11 p.m. with scenes from a St. Louis demonstration

Supporters of abortion rights, including elected officials, chanted calls to protect healthcare services and some shared personal stories of getting abortions. "Our body, our choice," demonstrators cried out. "No sexist court can take our voice."

The court’s expected decision would uphold a Mississippi law that bans most abortions in the state. Missouri is among several states that have enacted laws that would effectively ban abortions should the court overturn Roe v. Wade. Missouri's ban would provide exceptions for medical emergencies but none for rape or incest.

A decision by the court to overturn Roe v. Wade would mean abortion rights supporters would need to work hard to ensure those who seek abortions can obtain one, said Yamelsie Rodriguez, president and CEO of Planned Parenthood of the St. Louis Region and Southwest Missouri.

“No judge, no politician, no ban should ever block personal medical decisions or set the course for our lives,” Rodriguez said. “Planned Parenthood is laser-focused. It's just creating a framework, a path and allocating all of our energy and our resources to building capacity, specifically at our health center across the river in Illinois.”

Rodriguez said if the high court overturns Roe v. Wade, that would open the floodgates and allow state legislatures across the country to continue to pass anti-abortion legislation.

Planned Parenthood’s Central West End location is Missouri’s sole abortion provider. Rodriguez said the majority of patients seeking an abortion at the clinic come from out of state. More than 75% of patients who come to the organization’s Fairview Heights clinic in Illinois come from other states.

Rodriguez is worried that the Supreme Court’s decision would cause a ripple effect that would force women seeking an abortion to travel even farther to access safe and legal abortions in Illinois, where abortion is expected to remain legal.

“When we opened that location, we thought it was going to become a regional hub for abortion care,” she said. “But quickly and clearly with the impending decision that is upon us, I think it will just become a safe haven for people that need to access care in the Midwest, in the South.”

The Chicago-based Midwest Access Coalition funds and arranges travel for women seeking abortion care who need to travel to get to abortion clinics. Missouri’s restrictions and restrictions in states like Texas have forced many people to travel far to seek abortion access, Diana Parker-Kafka, the coalition’s executive director, said last week in an interview with St. Louis on the Air.

Kafka said the spike in out-of-state appointments have forced many to go to other states to find available appointments.

“We are starting to see about 120 callers per month, which a year ago, we were seeing 40 people per month,” Kafka said. “If they are hearing that they have to go to another state and they can't afford the gas to even get there, a lot of people give up. There's a big chilling effect with these laws, and so by the time they get to us, they might be further along, it's costing them more money, they'll need to stay more days than they would have before, so I think we're seeing a spike because of that delayed care.”

Kafka said the coalition is already working with networks across the Midwest to continue to provide aid if Roe v. Wade is overturned.

The Supreme Court isn't expected to announce its ruling until this summer. Meanwhile, abortion in Missouri is still legal during the period up to 22 weeks of pregnancy. Rodriguez said people who are still in need of abortion access should call their provider.

“As of today, it remains your constitutional right,” Rodriguez said. “We have been preparing for this moment and no matter what happens at the Supreme Court, in Jefferson City, here in Missouri, we are prepared to continue forging forward a path for patients to seek abortion care, no matter where they live, or who they are.” 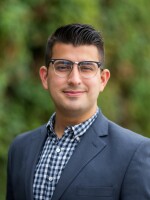