Every day through January 1, St. Louis Public Radio will offer listeners special holiday programming and music. There are several ways to listen – on your radio, smartphone, computer or smart speaker.

To listen on a smart speaker, just ask it to "Play St. Louis Public Radio."

A perennial NPR favorite with all new Hanukkah stories. Hosted by Susan Stamberg and Murray Horwitz.

Join us for a very special holiday concert with Howard University's premier vocal ensemble Afro Blue, and special guest pianist Cyrus Chestnut. The a-cappela group performs a variety of holiday songs including African-American spirituals, jazz and pop tunes, and classical repertoire. The joyous celebration includes one of a kind arrangements on traditional holiday songs plus new compositions... music perfect for the holidays and the spirit of Christmas. Hosted by Michele Norris.

Hear the healing and uplifting power of the human voice with the Washington, D.C.-based group, Cantigas. The group's 25 members assembled in NPR's Studio 1 in front of a live audience to present an eclectic mix of songs and rhythms from Mexico, Spain, Venezuela, Brazil, Argentina, Peru, Cuba and Puerto Rico–the home country of its artistic director, Diana Sáez. From folk to sacred to contemporary sounds, Cantigas presents a broader view of Latin music for audiences around the country through sophisticated vocal interpretations and by also reaching back into history to embrace choral traditions brought to and developed in the "New World." Hosted by Felix Contreras

All Songs Considered for the Holidays

Joy to the World: A Holiday in Pink

In keeping with a well-loved NPR holiday tradition, hear the fifth collection of extraordinary Christmas stories that will transport you to unexpected places. NPR's past and present tell stories of the season in this hour-long special. Some tales are funny; some touching, insightful, irreverent, nostalgic or surprising. You might recognize them from NPR’s broadcast archives — or you might fall in love with them for the first time. Hosted by Lynn Neary.

A Festival of Nine Lessons and Carols

Hosted by Michael Barone, this is a live broadcast from the historic chapel of King's College in Cambridge, England. The 30-voice King's College Choir performs the legendary Festival of Nine Lessons and Carols service of readings and music.

One of the most classic Christmas tales is that of Charles Dickens' 1843 novella "A Christmas Carol." St. Louis Public Radio presents a 2-hour, sound-immersive special of this classic story narrated by Kirkwood resident and historic interpreter Anne Williams.

An hour-long Kwanzaa celebration in story and song, hosted by acclaimed storyteller Madafo Lloyd Wilson. This annual special captures the tales and traditions of African American and African peoples.

St. Louis Public Radio will once again broadcast live the St. Louis Symphony Orchestra's New Year's Eve concert at Powell Hall. We'll be on the air at 7 p.m. with some pre-concert conversations. Then, former resident conductor Ward Stare will take the podium at 7:30 to conduct this annual surprise program, with musical selections and guest artists announced on stage.

Also, on New Year’s Eve and New Year’s Day, December 31, 2018, and January 1, 2019, we will program music appropriate for ringing in the new year including lots of Strauss Waltzes on January 1.

Learn more about our classical programming 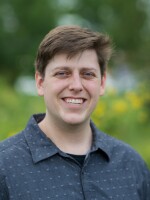