The Gashouse Gang (Part 1) Top of the Inning

Redbird fans! Journey with brothers and arch rivals Paul and Dizzy Dean as they lead the underdog, oddball, St. Louis Cardinals team to an unforgettable World Series run against the Detroit Tigers in 1934.

As brothers, Paul and Dizzy Dean have been rivals since they were kids. Now as an adult in 1934, Paul finally lands a spot on a professional baseball team, the St. Louis Cardinals – where his brother is already seen as a rambunctious icon. Paul is introduced to all sorts of oddball characters on the squad including Manager Frankie Frisch, former hobo Pepper Martin, horn-dog Ripper Collins, chronic gambler Leo Durocher, and team hothead Ducky Medwick. Paul is determined to break away from Dizzy’s shadow. After a slow start, the team starts clicking and becomes known for their wild shenanigans and globetrotter-like warm-ups. The nation starts taking notice and cheers on this rough-and-tumble baseball team. Together, the brothers lead the team to the World Series against the Detroit Tigers. It’s up to Paul to win Game Six in a do-or-die situation. Paul not only goes all nine innings, but he also hits in the winning run. He learns to accept Dizzy for his cocky bravado as they become baseball legends and symbols of inspiration during the Great Depression.

In partnership with Missouri Film Office, a part of the Missouri Division of Tourism/ Andrea Sporcic Klund, Film Commissioner. 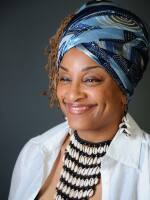