Organized labor was able to stop “right to work” in Missouri for decades, most notably when voters rejected a 1978 ballot item. But their luck ran out last month when Gov. Eric Greitens, who says it’ll spur job creation, signed right to work, which bars private-sector unions and employers from requiring workers to pay dues.

The true economic impact of the law on Missouri’s estimated 260,000 union members, which goes into effect Aug. 28, probably won’t be clear for some time. And some unions are trying to challenge the law’s passage. But according to responses to St. Louis Public Radio’s Public Insight Network, many of Missouri’s union members don’t see a lot of reasons to celebrate the policy’s implementation.

Greitens held three signing ceremonies for right to work, and in Springfield, contended the policy amounted to freedom of choice for workers.

“Today, Missouri joins 27 other states who put power back into the hands of workers and taken a bold step to create more jobs,” Greitens said. “That’s what we’ve done.”

But the impending law has people like Chris Steinkuehler, a machinist at a local brewery, from worrying about their livelihoods – especially if lots of people stop paying dues.

“It’s going to eventually take money away from the unions,” he said. “Which is going to make it harder for them to represent their members.”

There’s been mixed success with paying dues in other states with right-to-work laws. Nevada’s labor unions are still fairly powerful more than 60 years after right to work was implemented. Wisconsin, once a union stronghold, saw a big drop in union membership after Gov. Scott Walker signed right to work into law in 2015. 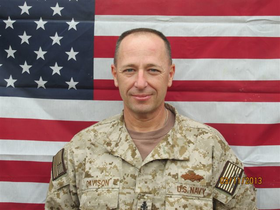 Most people who responded to the PIN query indicated they would continue to pay dues. Blue Springs resident Shane Miller said he’ll do so “until I die.” Greg Davison, a business agent for the Sheet Metal Workers union in the Kansas City area, doesn’t expect a mass exodus.

“I belong to a Union of my own free will,” Davison said. “Anytime a politician is worried about what a worker pays to a union, there's a hidden agenda to his or her concern.”

Trade unions like the Sheet Metal Workers or Homebuilders may not see too much of an impact because their members depend on those unions to find long-term work.

“My union works for me to have a pension when I retire, and benefits that cover my family for insurance,” said Jeff Kolkmeier, a member of the Carpenters Union who lives in St. Charles. “If no one pays the dues, the unions will dissolve.”

Other respondents were less optimistic.

Nancy Love, and electrician from the Kansas City area, stressed that she will continue to pay. But a number of people in her local union were behind on paying their dues before right to work passed.

“At some point, so many people will stop paying dues that it will make it so the union can’t function. That could take years. But I know will happen,” Love said. “Because there are many people and many unions and building trades even that actually voted for Trump. Or for Eric Greitens.”

Right to work could produce a domino effect for unions if lots of members stop paying dues. If union members in a factory decide against paying dues, then unions will have less money to organize at other workplaces or pay for trade training programs. The net impact? Unions could end up being in a substantially weaker position when it comes to negotiating contracts.

That worries Mary Deichmann, whose husband is a member of the ironworkers’ union.

“I am afraid for our state. This will lower wages and cause a lower amount of quality jobs,” Deichmann said. “I feel sad for what our state may become. This is something that should be taken to vote by the people.”

Troy, Missouri, resident Erica File is a member of the operating engineers’ union. She said she’s not sure what to expect — and that “not-knowing is the worst part.”

“There has already been mention of contract changes demanded by the contractors at negotiations. A contractor suggested six-day straight time work weeks and overtime only after 40 hours worked, rather than overtime after eight hours per day,” File said. “I definitely already feel like there will be an uphill battle to maintain our benefits and lifestyles.”

In response to these fears, union leaders are stepping up their game.

John Gaal, who’s in charge of training and workforce development for the local branch of the Carpenters’ union, expects unions to vigorously persuade members to pay dues. If that’s successful, it could limit the impact of right to work.

“We are going to have to do a much better job reaching out to our members and ensuring they understand the economic consequences when they cast a vote,” Gaal said.

Unions also are trying to push back on the political front by circulating a referendum to put the bill Greitens signed on the 2018 ballot. That would effectively halt right to work from being implemented as planned.

There’s no guarantee that effort will succeed. And the GOP-controlled legislature intends to pass more bills to blunt union power, including curbs on the prevailing wage, which boosts pay for those working on public projects in rural communities. (Thirty states, including Missouri, currently have prevailing wage laws.)

“We could spend a lot of time and we could spend a lot of money,”  said Davison, who identifies as a Democrat. “But you know what? That doesn’t mean they won’t bring it back next year and do it again. For at least the next two years, they’ve got the numbers. And it’s going to be a long time before we can turn things around and have the numbers in place.”

“The trend right now, unfortunately, seems more toward conservative, Republican legislatures,” said Halwe, a Democrat lives in Fenton. “I am, I guess you would say, cautiously pessimistic about organized labor’s immediate future.”

This report was prepared with help from our Public Insight Network. Click here to learn more or join our conversation. Click here to see comments from more PIN sources.