Several hundred men, women and children gathered in Jefferson City and St. Louis County on Tuesday asking Gov. Mike Parson to lift his statewide stay-at-home order and let Missourians get back to work.

Some protesters ignored social distancing restrictions and stood close together, with only a few wearing masks. They held signs that read, “Poverty Kills People Too," "Freedom For Missourians” and “We Have Rights.”

Speakers talked about government intrusion and how it is up to residents to ensure the government cannot institute such an order again in the future.

“The governor’s a coward,” yelled one protester from his moving car driving around the Capitol. “Where is he today?”

Many protesters stayed in their cars, circling the Capitol and honking their horns. Several had chalked car windows expressing similar sentiments as those holding signs.

The scene was similar outside the county government complex in Clayton on Tuesday afternoon. There was one brief tense moment when a man opposed to the protesters walked out in front of the parade of cars, preventing them from moving forward until a plainclothes police officer asked him to step out of the way.

Despite Parson’s order to keep gatherings to 10 or fewer people and remain at least six feet apart, security for the Jefferson City rally stayed along the outskirts of the crowd. At his press briefing later in the afternoon, Parson said Missourians had every right to protest.

“Missouri’s going to have to use common sense and be smart about this,” said Parson. “There’s 6 million people in this state, let’s just be realistic about it. There’s not going to be somebody out that can separate somebody to make sure you’re six feet apart all the time everywhere you go. We’ve got to take that responsibility on ourselves, and I think they will.”

Dr. Randall Williams, director of the Missouri Department of Health and Senior Services, said those social distancing guidelines should be followed but didn’t say whether the rally on Tuesday was unsafe since he was not there.

Parson said he was on conference calls and in meetings for a majority of the day and could not hear the protesters.

Send questions and comments about this story to feedback@stlpublicradio.org 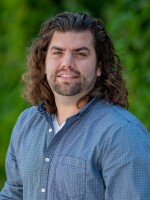 David Kovaluk
David Kovaluk is a visual artist living in St. Louis. He has a Bachelor's degree in photography from Webster University, and he currently works for St. Louis Public Radio as their creative everyman. His day-to-day responsibilities tend to be a mashup of graphic design, web design, photography and any other visual design challenge the station can throw at him. David is decidedly a cat person, loves a good DIY project, collects vintage cameras and lenses, and believes fluorite is the most beautiful mineral.
See stories by David Kovaluk
Latest Stories