Updated at 8:40 p.m. July 19 to correct numbers in 2nd paragraph —There are few places better to see the effects of an intensifying drought than a hulking, 200-plus-acre complex just off of Interstate 44 in southwest Missouri.

This is the Joplin Regional Stockyards, one of the biggest in the country, selling more than 430,000 head of cattle in 2017 alone. Usually, they’ll have 800 to 900 cows on the block at weekly Wednesday sales. On July 11, they had double that. 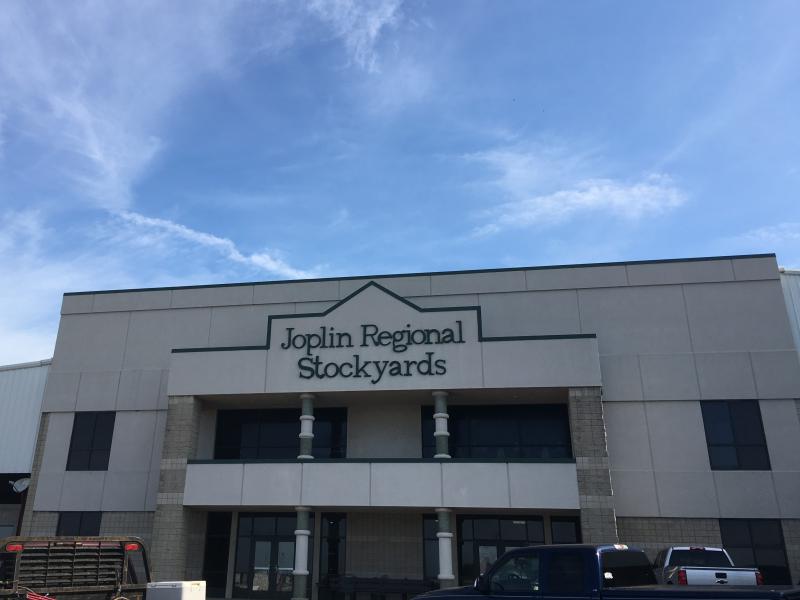 “Everybody's a little short on hay, everyone's a little nervous,” co-owner Skyler Moore said. “We're getting into some water issues in certain areas. And the weather's real spotty.”

About a quarter of the state started 2018 in a drought, and it’s only gotten worse from there. The Midwestern Regional Climate Center said Joplin has received 9.65 inches of rain since April — on track to be in the 10 driest periods of the last 100 years.

It’s bad enough that Gov. Mike Parson signed an executive order Wednesday that declared a drought alert for 47 counties (northern Missouri is particularly dry, according to the latest U.S. Drought Monitor map). Missouri isn't alone: Central Kansas has opened up land set aside for conservation so cattle can graze and southeastern Colorado is seeing exceptional drought. 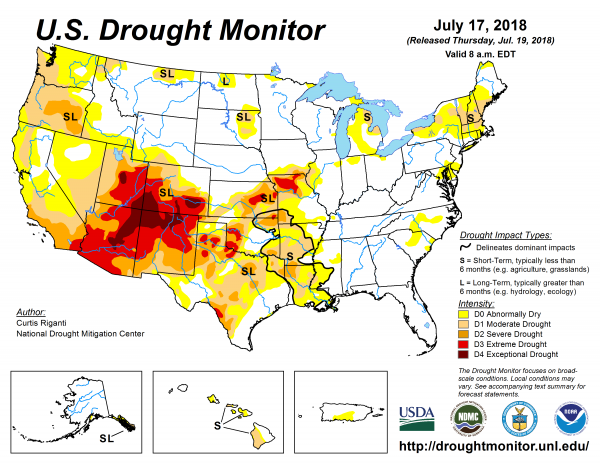 At issue for cattle farmers in Missouri is the fact that the weather didn’t cooperate during the hay-growing season — too cold, then too hot, Ozarks Public Radio reported — meaning farmers are having to dip into their reserves months before they normally would.

“The cool April that messed up, that kind of started the mix up on the growing season,” said Mark Harmon, who works at the stockyards and is the publisher of Cattlemen’s News. “It's always hot in July. We're used to that, but we're not used to in the last 45 days not putting up massive amounts of hay.”

He also noted that the rain isn’t as consistent as it used to be, and the combination is leading cattle producers to cull their herds.

“They’re going to go through and take off the cows that aren’t producing,” he said. Those cows will be sold at a stockyard, like the one outside of Joplin, and either shipped to meatpacking plants or feedlots or the younger ones will be purchased by farmers.

Bryan Peake with the Midwestern Regional Climate Center said the drought is making for low-quality pasture conditions in Missouri and is causing water supply issues.

“The short-term implications can certainly have quite a bit of an effect on cattle,” he said. 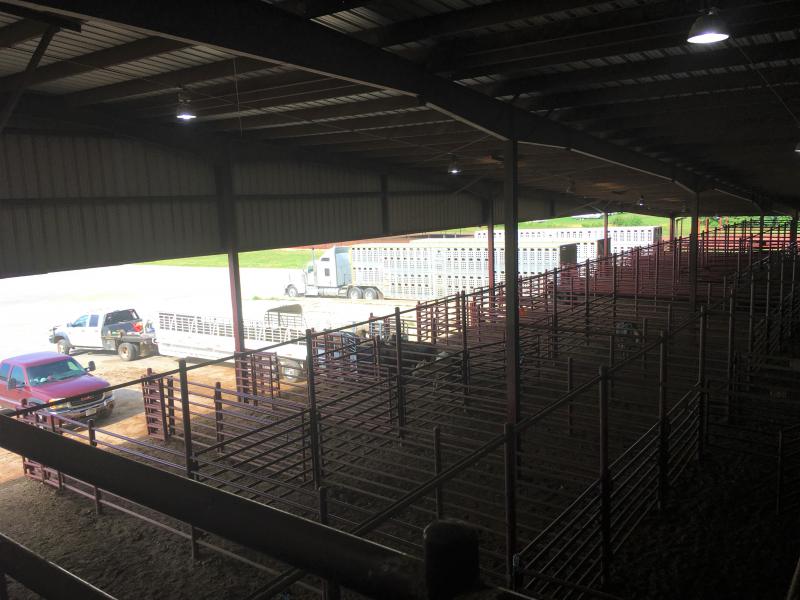 Kansas Farm Service Agency conservation specialist Rod Winkler told the Kansas News Service earlier this week that drought is slowing grass growth, which is why the state is allowing farmers to graze on land set aside in the federal Conservation Reserve Program.

“During a drought situation, sometimes CRP acts as a buffer,” Winkler said. “Livestock producers are running short ... so on a limited basis we can access some of those acres to provide relief.”

Peake warned the drought could get worse.

“The official Climate Prediction Center Forecast for the upcoming month and then for the upcoming three-month period … is favoring below normal precipitation across the state of Missouri,” he said.

He also noted that, in the short-term, Joplin is looking worse than it did in two notable drought periods, 1988 and 2012. Joplin’s other driest periods on record, Peake said, came in the 1920s and 30s — the Dust Bowl era.

Even though part of the culling is due to the fact that herds were “ramped up” because of higher profits margins in recent years, Moore said, he knows cattle producers in southwest Missouri are concerned.

“If nothing changes over the next 90 days coming into fall, if we don't get a good fall hay crop,  I think you can see 10, 15, 20 percent of the cows will probably leave this part of the country,” he said. “It's very serious.”