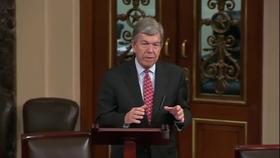 A Washington, D.C. based think-tank has released a report showing just how hard Saudi Arabia is trying to influence the American government using lobbyists and PR campaigns. One senator from Missouri made the top 10 list of politicians taking campaign contributions from firms representing the Persian Gulf kingdom.

Senator Roy Blunt received nearly 20,000 dollars from firms representing Saudi Arabia—that’s according to records filed in 2017 under the Foreign Agent Registration Act, or FARA, and published in a new report by the Center for International Policy. Dr. Ben Freeman authored the report.

“What we found in our report on the Saudi lobby from 2017 was, perhaps, one of the most active lobbying operations that we’ve seen in quite some time,” said Freeman.

Listen
Listening...
/
Listen to the audio for this story here.

According to the report, Blunt was the seventh highest recipient of campaign contributions from Saudi-hired firms; the top recipient was Hillary Clinton for her 2016 presidential campaign.

According to Freeman, one of the largest donors to Blunt’s campaign in 2016 was Squire Patton Boggs PAC.

“Squire Patton Boggs also is one of the biggest firms representing the Saudis,” Freeman said.

The report says Saudi Arabia spent about $27 million on FARA registered firms in the 2017 filings.

“A key to our report was that we analyzed the filings from 2017 from these firms—but these filings covered a six month period prior to that.  So a lot of the information that we had is from late in 2016. And of course, Senator Blunt was seeking reelection in 2016,” Freeman said.

Accepting money from groups hired by a foreign country is not illegal, as long as it’s properly reported.

And, Freeman said, it’s important to note that many of these lobbying firms represent multiple clients.

“My caveat with all this is to say: we can’t certainly tie any of these individual contributions directly to work they were doing on behalf of the Saudis. All I can tell you is that these are firms that are part of the Saudi lobby and that they have made these contributions,” Freeman said.

That is to say: there’s no evidence proving lawmakers accepted this money because they agreed to vote or lean a certain way.

But Freeman says at least $390,000 from firms representing Saudi clients went to lawmakers who were directly contacted by those Saudi-paid firms—and many of those discussions were about arms deals and foreign policy.

In some cases, the money was paid on the same day the lobbyist met with or talked to the lawmaker receiving the contribution.

The report comes at a time when US lawmakers are voting on a foreign policy issue directly related to Saudi interests:  America’s involvement in the war in Yemen.   The US is supporting Saudi Arabia in its war against rebels in Yemen by refueling Saudi warplanes and sharing intelligence.  This involvement dates back to the Obama Administration.

But in 2018, the mood soured after Washington Post columnist Jamal Khashoggi was brutally murdered in Turkey—a crime US intelligence officials have linked directly to the Saudi crown prince. 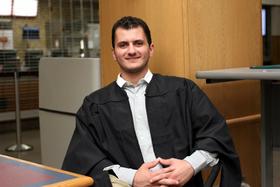 And the people of Yemen are stuck in the worst humanitarian catastrophe in decades because of the conflict. According to the World Health Organization, cholera and famine are rampant.  And the group Save the Children estimates 85,000 Yemeni children may have died of starvation.

On Wednesday, the issue came up again for debate in the Senate.  Should the United States stop helping Saudi Arabia fight the Houthi rebels in Yemen?  A majority of Senators voted to move the resolution forward—sending a strong signal to Saudi Arabia that all is not well between Washington and Riyadh.

But Senator Blunt voted “No” twice in as many weeks on whether to even move Senate Joint Resolution 54 forward.

The resolution on America’s involvement in the Yemeni war is expected to come up for debate again Thursday morning in the US Senate. You can watch that debate live by clicking here.

Senator Blunt’s office declined multiple requests for an interview on his position on the war in Yemen. Blunt’s staff also did not respond to a request for comment on the Center for International Policy’s report.

Mohammed Jubary is a student at Missouri State University and a citizen of Yemen. He says his family back home in Sanaa is struggling.

“My sister told me about a few weeks ago that she actually got cholera. And they didn’t tell me she got cholera, but because my family still had the means to actually treat it and give her liquids and drink enough and stuff, she got rid of it. But that’s how close it is—it’s touching everybody. Almost every house today,” Jubary said.

Ben Freeman of the Center for International Policy says in the first 10 years after the September 11, 2001 attacks on the US, Saudi Arabia spent more than 100 million dollars on lobbying and PR firms to improve the kingdom's image in America. Most of the hijackers on 9/11 were Saudi Arabian nationals.

“I think a lot of the US perception of Saudi Arabia misses what’s really happening in Saudi Arabia. And their influence operation has done a very good job of keeping the US on the Saudi side,” Freeman said.

Groups like Human Rights Watch say Saudi Arabia has one of the worst freedom and human rights records in the world: women can’t go to college, get a job, or travel without a male guardian’s permission. Minority religions are persecuted, media outlets are tightly controlled, and people convicted of adultery may be sentenced to death by stoning.

President Donald Trump has said he will continue to support the Saudi crown prince because of arms deals and a joint opposition to Iran.

The Houthi rebels in Yemen are backed by Saudi Arabia’s archenemy, Iran.

A stand of trees in the Mark Twain National Forest in Missouri looks a little more sparse than what is often depicted in a forest.