ShareTweetEmail
Listen
Listening...
/
Listen to the audio of this story here.

Drive down a dirt road in Dallas County, under a thick canopy of walnut trees and over three cattle guards, and you’ll come to Rachel Harrison’s home in Windyville, Missouri. 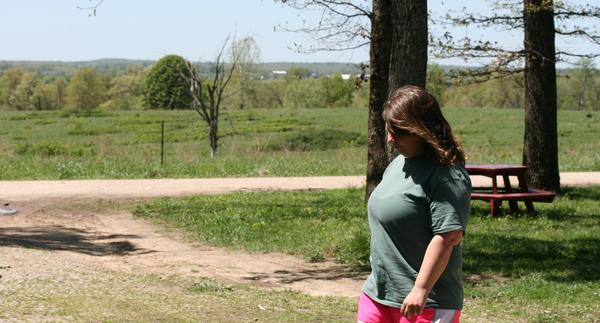 A few years ago, Harrison was using her Bachelor’s degree in biology in a hospital laboratory.

“I was a generalist, which means I was in charge of urinalysis, chemistry, special chemistry, hematology, blood banking, coagulation, I think I got it all—phlebotomy, all that kind of stuff,” Harrison said.

But at age 25, she began to hear what sounded like people talking.

“And I literally thought my neighbors were standing outside their home, yelling at me and being abusive and saying horrible things. But then, I found out when I left my home and went to the grocery store or to the movies, or wherever I was going, the voices were still there. So I thought I was being followed,” Harrison said.

She says after the voices commanded her to drive to the Greene County jail in Springfield, authorities there put her on a 96-hour hold.

Sixty-one percent of Missouri’s counties don’t have a single licensed psychiatrist—that’s according to data from the Missouri Board of Healing Arts.

And the shortage is most acute in rural areas.

And here’s where the shortage first comes into Harrison's story:  there was no bed available in a Springfield psychiatric unit. The nearest hospital bed was in Kansas City. There, she was diagnosed with Schizophrenia, a diagnosis that was later amended to Schizoaffective Disorder.

“Which, lucky me, is kind of a combination of two things together:  it’s schizophrenia plus Bipolar [disorder] at the same time,” Harrison said.

As part of her treatment, she sees a psychiatrist once a month in Buffalo, about a half hour’s drive from her home.

But her psychiatrist is in high demand, and travels to three rural counties each week.  That’s not good news for when Harrison is having trouble with her medication.

“If I want a call back from her nurse, typically that’s probably gonna happen on a Tuesday or Wednesday, because that’s the day she’s in Dallas County. But she has a caseload that is tremendous. And sometimes not only is it hard to get a call back through no fault of their own, it’s hard to get an appointment,” Harrison said.

“In many of the mental health professions we have counties across Missouri that do not employ a single psychiatrist or psychologist or behavioral analyst,” said Dr. Mike Neitzel, deputy director of the Missouri Department of Mental Health.

He’s drafted a proposal called Caring for Missourians’ Mental Health, which highlights the shortage across the state.

“It translates into either long delays in care, in some cases it means no care. And in either of those instances, when you’re talking about mental disorders, a delay or the absence of care typically translates into some real personal difficulties. Often those are people who end up, in a crisis, in an emergency room,” Neitzel said.

In other cases, he says, patients may engage in risky or illegal behavior, and languish in local jails. The shortage has wide-ranging ramifications on the criminal justice system and on hospitals.

Wright County, in south-central Missouri, is one of the counties that doesn’t have a single, full-time 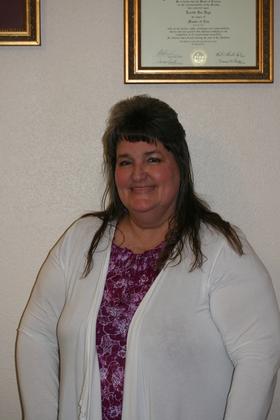 psychiatrist.  It does have three licensed psychologists; they cannot prescribe medication, but they can provide counseling and referrals.  Dr. Loretta Fuge runs the clinic here.

“We are very busy.  We are booked out—I know on evaluations, we are booked out several months sometimes. It can even be three to four months,” Fuge said.

And three to four months for someone with severe depression or anxiety or Bipolar disorder can seem like a lifetime, she said. Sometimes, their health deteriorates during that time, requiring hospitalization.

“I will go through, say, several hospitals trying to find a bed to hospitalize someone and there’s nowhere to hospitalize them. So then we’re set with, ‘Okay, what do we do?’ I send them to the ER and they sit for 12, 14, 24 hours,” Fuge said.

Urban areas tend to have a 24-hour crisis service or group therapy sessions.  In Springfield, for example, NAMI Southwest Missouri offers a wide range of support groups six days a week, as well as a drop-in center.

A new report by the Centers for Disease Control says suicide is significantly higher in rural areas, and that access to mental health care is one of the main risk factors in those suicide rates.

“We’ll hear at least, every one to two weeks, we’ll hear of some type of suicide. Somewhere in the community—it might not be right here in Mansfield, but it might be in Ava, Mountain Grove—somewhere close to us, within a 50 mile radius,” Fuge said.

Back in Windyville, Rachel Harrison says she recently had another hospital stay.

“I just got a bill in the mail for in excess of 10,000 [dollars] for a hospitalization.   And it would have been cheaper if I could have gotten into my doctor, have her change my meds around, and take care of it at home, almost,” Harrison said.

Because of her illness, she no longer works in the medical lab. She doesn’t qualify for Medicaid, and most Medicare plans like hers have a lifetime cap on psychiatric stays in hospitals.

Harrison says she’ll see if the hospital will come down on the charges, and that she’ll need to ask her parents to help pay what’s left.