This largely unknown piece of American history is the focus of the 2022 documentary film “Free Chol Soo Lee.” Liz Lenivy, attorney and Gateway Korea Foundation board member, joined St. Louis on the Air to discuss the relevance of Lee’s story and the one-night screening and post-film discussion happening Friday night at Webster University.

“Even though it took place in California 50 years ago, the issues are still happening and still resonate today across our country,” Lenivy said. “We wanted to bring in individuals, both in law and in media, to talk about the role they play within this larger system, how we can fix the system, and specifically how that impacts our community right now and going forward.”

Lenivy also spoke to the power of “Free Chol Soo Lee” in its depiction of the deeply challenging realities people face, even in their own communities, after incarceration, and the mobilization of Asian American activists in a time long before the advent of Stop AAPI Hate efforts. She said the mobilization of a younger generation of Asian Americans is especially encouraging.

“We have so much to gain from watching how young people advocate and work across racial lines with fellow minorities to just really just improve everyone's life. And the goal of this event tonight is to bring a community together in order to make it better,” Lenivy said.

For more about “Free Chol Soo Lee” and the law- and media-focused panel to follow its St. Louis screening, listen to Liz Lenivy’s conversation on St. Louis on the Air on Apple Podcast, Spotify, Google Podcast, Stitcher, or by clicking the play button below.

“St. Louis on the Air” brings you the stories of St. Louis and the people who live, work and create in our region. The show is produced by Miya Norfleet, Emily Woodbury, Danny Wicentowski, Elaine Cha and Alex Heuer. Avery Rogers is our production assistant. The audio engineer is Aaron Doerr. 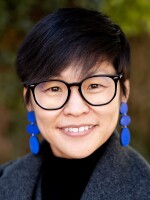