In Rural Missouri, Interpreters Are Key To Refugee Health Care

At a pediatric clinic in Kirksville, Mo., a young boy is waiting in an exam room to be vaccinated. A nurse explains the shots to his mother, and Lisette Chibanvunya translates.

Chibanvunya is one of two Congolese interpreters hired by the Northeast Health Council to help the clinic care for refugees and immigrants from central Africa.

She first came to town to study at Truman State University in 2013.

Chibanvunya says, "When I came I faced discrimination, because they didn’t have a lot of black people." But now, she says, "They start accepting people because they finally understand that people kind of decided to make it home."

Since then, the town estimates at least 800 Congolese people have arrived in the area, many coming to work at pork processing plants. Among them is Chibanvunya’s colleague, Bobette Nzuzi, who says she was a doctor in the Democratic Republic of the Congo.

Like many skilled immigrants and refugees, she couldn’t continue her work in the U.S. without going through an extensive re-licensing process. Instead, she ended up working at the nearby Smithfield plant.

"I was just [a] patient, and I used to work at Smithfield Farmland," Nzuzi says. "A friend told me about application for a translator, so I try and they hired me as interpreter."

While the D.R.C.’s official language is French, there are more than 200 languages in the country. Nzuzi says, "Some people cannot speak French, they speak Lingala. For us it is easy because we can speak French, Lingala, Swahili, Kikongo."

Before Nzuzi and Chibanvunya started working for the health council, doctors and nurses had to rely on automated translation services like Google Translate. But that left gaps.

"They speak a different dialect of French, so you can't even tell the translator phone French sometimes, because they don't even understand that," says Amanda Wilford, a nurse practitioner. She runs the health council's clinic in Milan, 30 miles to the west.

She says having someone like Nzuzi who can translate over the phone is a big help. "We just call her on a cell phone and she just pops off and on a cellphone whenever we need to call her. She's a very busy lady."

Nzuzi and Chibanvunya came to the U.S. through a State Department’s visa lottery. But thousands more Congolese have come as refugees.

Last year, the U.S. took in more than 9,000 refugees from the D.R.C. – nearly half of the total admitted. The African country’s political instability and ethnic conflicts have displaced millions of people.

When refugees arrive in the U.S., resettlement agencies help with the language barrier. "They provide the fundamentals of helping them find housing, helping children find schools, helping the adults find employment," says Dr. Aniyizhai Annamalai of the the Yale School of Medicine's Adult Refugee Clinic.

Dr. Annamalai, a psychiatrist and internist, says these support structures can be critical for refugees’ health. "We talk a lot in medicine about the social determinants of health and especially moreso for refugees because they’re coming with nothing. So I think that basic foundation needs to be there."

But in a small town like Kirksville -- where the nearest resettlement agency is an hour and a half away -- there’s more pressure on groups like the Northeast Health Council. And the interpreters help negotiate cultural differences as well. Chibanvunya recalls helping a patient who needed a C-section but didn't want one, because in the D.R.C. they can be a lot more dangerous.

Chibanvunya says even though she could translate the doctor’s words, she had to do more to convince the patient it was safe.

"That language problem, couldn’t make the person understand that this is the only way we can do," she says. "So I came in and then I helped the lady understanding and finally they ended up having the baby through C-section."

Nzuzi wants to do even more for the area’s Congolese community. She’s working on her English skills, so she can begin the process of obtaining a medical license in the U.S.

This story was produced by Side Effects Public Media, a news collaborative covering public health. 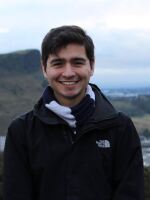