The 88.5 FM KMST Rolla transmitter is operating at low power while awaiting a replacement part. We expect this to be resolved around December 12th.
Health, Science, Environment
NPR Next Generation Radio
NPR's Next Generation Radio Project is a 5-day digital journalism and audio training project. The hybrid (some people in-person, some remote) program is designed to give competitively selected participants the opportunity to learn how to report and produce their own non-narrated audio piece and multimedia story. Those chosen for the project are paired with a professional journalist who serves as their mentor for the week.

ST. ANN — Evacuating your home during a natural disaster, such as flooding, can be frightening for anyone, but there may be additional challenges for those with disabilities.

Brent Jaimes, a St. Ann resident, was at his home when record rainfall hit the St. Louis region on July 26, 2022 — forcing many residents to abandon houses and apartments as the floodwater rose.

“It’s a pretty hopeless feeling because you can’t stop it,” he said. “I mean it’s coming in.”

But leaving wasn’t an easy option for Jaimes — not just because roads were impassable, but due to his limited mobility.

“There was a ton of stuff that needed to be done right away, getting stuff up and out of the water, none of which or very little of which I could do,” said Jaimes. “And even get to a point when the wheelchair gets wet, you know, it’s hard to push it because my hands slip off of it.”

In 2019, Jaimes was diagnosed with POEMS syndrome, a blood disorder that damages nerve and muscle function. Though his symptoms have continued to improve with physical therapy, he still uses a wheelchair to get around.

“It’s an incredibly rare disease,” Jaimes said. “And when I say rare, I mean three people in a million.”

The intersection of climate change and disability

About 15% of the world’s population is estimated to be disabled, according to the World Health Organization. And the number of individuals with a disability is increasing due to demographic trends and chronic health conditions. In fact, it’s estimated that almost everyone will experience some type of disability in his or her lifetime — either temporary or permanent.

People with disabilities are often stigmatized and more likely to receive poor-quality services and deal with strenuous physical barriers. However, they are frequently left behind in activism efforts.

Jaimes said flooding is unlike other disasters, including fires, in that the damage can be limited to certain areas of the house.

“It’s not very often that an entire house burns to the ground," he said. "But when the water comes in, you know, it’s going wherever it goes, you know, and you can’t keep it out. There’s no fire extinguisher for water.”

Jaimes said the effects of climate change have continually been a problem near his home over the past five years, particularly flooding.

“We’ve had two flooding incidents right here in this neighborhood, which has never happened, you know,” he said. “I know that as temperatures increase, the warm air can hold more moisture. That moisture is going to go somewhere, and it comes down in the form of rain or snow and we end up with flooding.”

Jaimes was evacuated in a boat in his wheelchair during the July flooding.

“For me, I wanted to be absolutely certain that whatever I was going to take, that I needed to move around,” he said. “So that’s a wheelchair and a walker.”

When Jaimes could finally return to his home, he found that much of the furniture and floorboards were ruined. Friends and family offered to help in the recovery process, but some keepsakes were lost.

“My mother was a choral director forever. So they had records of their performances in the ‘40s on these little crazy 78 records. And as they got wet, they became delaminated," he said. "So a lot of those were ruined, which of course can’t be replaced.”

Jaimes continues to work as a union attorney from home and dabble in documentary filmmaking. In addition, he’s gained a lot of muscle and nerve function back by going to therapy and following the Challenged Athletes Foundation, an organization that provides opportunities to people with physical challenges so they can lead active lifestyles and compete in athletic events.

“I don’t worry about what I can’t do,” Jaimes said. “There are definitely things I can’t do, and I’ll get help. But up until that point, I’ll try to figure out some way to do it. And I can recognize the fact that if I can’t do it in September doesn’t mean I won’t be able to do it in November, December.” 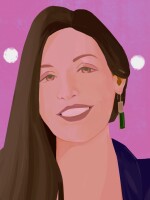