Lori Fuller started to consider the idea of seceding from Illinois when state legislators doubled the gas tax in 2019.

Fuller, who lives in Highland on the eastern edge of Madison County, is one of five local residents who’ve volunteered to collect signatures for a symbolic petition to put on Illinoisans’ ballots. It's a tough but worthwhile move for everyone, Fuller said.

“If we separate from that, the people in Chicago can get what they want,” she said. “And the people in southern Illinois can have a community that more accurately represents us.”

Madison County has become a key target for those Illinoisans who want to secede to get away from the political influence of Chicago and its collar counties — even though experts say the effort is unlikely to succeed. If Madison, the eighth most populous county in the state, can be persuaded to leave, organizers believe that will send a strong signal to state lawmakers who would ultimately hold the fate of the next step in the Illinois secession movement.

“Madison County is probably my highest priority because I feel like they are the crown jewel of southern Illinois,” said Loret Newlin, who’s now running Illinois Separation Referendum.

This past election, two townships — Leef and New Douglas — in the northeast corner of the county passed nonbinding referendums. Like the votes that approved such referendums in 26 other counties, these are symbolic, carrying no true power but sending a signal, organizers say, that the movement should continue.

“If most of the geographical area of the state shows they want to explore separation, then we can take the next step,” Newlin said. “A referendum is an assessment tool and can be used to inform and try to persuade elected officials by using good data.”

Newlin, who is from rural Jasper County in southeast Illinois, is a massage therapist by trade. She said she became involved with the Separation Illinois movement in February 2019 after growing frustrated with the direction of the state legislature. She said many factors motivated her to pursue secession.

“We in Podunk, Illinois — southern Illinois — are looked down upon by people in Chicago,” she said. “I’ve just had some really ugly things said to me by people that live in Chicago, and there’s that sense of superiority.”

This, of course, is not the first time rural parts of the state have brought up the idea of seceding from Illinois. In 2019, state Rep. Brad Halbrook helped lead a movement with a similar goal and introduced legislation that ultimately failed.

John Jackson, a visiting professor at Southern Illinois University Carbondale, said he first heard the idea of secession back in 1972. But the conversation has changed, he said.

“It's gotten more intense and more deeply ingrained, and now more deeply aligned with our two political parties,” he said.

When Jackson moved to the area from Arkansas, Madison County was a Democratic stronghold. Now, the county is becoming redder and redder each election, he said.

“We have flip-flopped on party identification in this area,” Jackson said, adding that southern Illinois has followed the American South in its march from Democratic to Republican.

Newlin’s goal is to have new referendums on 80 county ballots by 2024. Even if all those counties voted in support of secession, Jackson doesn’t see it moving anywhere because both the Illinois General Assembly and Congress would need to approve it.

“The U.S. Congress is just not going to do this,” he said. “They’re not going to start dividing up states — no way that's going to happen anytime.”

Newlin disagrees. She said she’s started to get interest from people who live in Peoria and Rock Island counties too.

In the counties that have passed separation referendums, the total population adds up to 476,964, according to this year’s estimates from the U.S. Census Bureau. Madison County, home to 264,490 people, would be a huge addition.

“That would be a big feather in our cap,” Fuller said.

But the rest of Madison requires many more signatures compared to the small townships that voted in 2022. For example, Fuller said the townships of Edwardsville and Collinsville would require more than 1,000 signatures to put an issue on the ballot.

When petition organizers wanted to gather signatures for Madison County, COVID put a damper on in-person events, making it harder, Fuller said. Now, with fewer COVID concerns, the rest of the county may be more doable, she said. It also helps that the volunteer base is growing across the state.

“I very rarely have anybody who refuses to sign the petitions,” Fuller said. “Everybody is all for it.”

Correction: The group pushing secession is Illinois Separation Referendum. A previous version of this story incorrectly named the group. 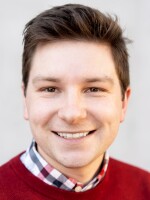