The 88.5 FM KMST Rolla transmitter is operating at low power while awaiting a replacement part. We expect this to be resolved around December 12th.
We Live Here

One House at a Time

St. Louis is home to the country's oldest land bank and has thousands of abandoned and vacant homes.

Enter Eltoreon Hawkins, a 20-something trying to change that, one house at a time.

Hawkins always thought he would be a cop. That's how he wanted to serve his community. But he quickly became disillusioned with the criminal justice system he wanted to see reformed. So he's turned his efforts closer to home. specifically, to real estate. And what started out as a plan to secure a future for himself and his family has turned into a mission for this 20-something: taking back his neighborhood.

"If there were an Eltoreon in every neighborhood, we’d be a better city," said Laura Costello, who heads up real estate for the city's land bank.

Also in this episode: folks who think there's a different way to tackle vacancy in the city. 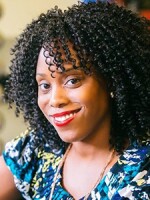 To request a transcript for We Live Here, let us know the episode title and contact welivehere@stlpr.org.