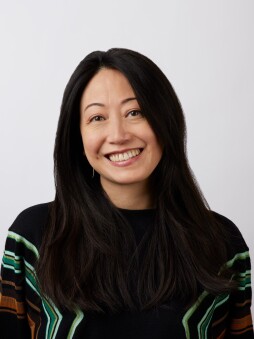 Tina Lacdao Pamintuan has spent over 20 years in public media as a journalist, educator, and leader. As the CEO of St. Louis Public Radio, she helms the station’s fundraising, operations, programming, and editorial teams. This multifaceted role also includes being the liaison for the station’s FCC license holder, the University of Missouri, and the station’s advisory board, Friends of KWMU, Inc.

Before making the leap to Missouri, Pamintuan made her home in cities along the west and east coasts. In San Francisco, she was the general manager of KALW where she founded the nonprofit KALW Public Media and negotiated a long-anticipated legal agreement with the station’s license holder to operate the station independently from the city. Over a short tenure, she brought the station into labor and FCC compliance and led the station’s first professional rebranding and marketing efforts. She also programmed the station to attract a more diverse and younger listening audience, bringing more BIPOC voices to air both nationally and locally. As part of the station’s new eclectic music initiative, KALW also saw the opening of its first studio in the east bay under her leadership.

In New York, she created and directed the audio journalism program at The Craig Newmark Graduate School of Journalism at CUNY where she taught radio writing and reporting, news magazine production, audio documentary and oral history. She now enjoys hearing former students on-air reporting from stations across the country, launching their own investigative series and podcasts and producing and hosting for nationally syndicated programs.

In 2011, Pamintuan traveled to the Philippines on an International Center for Journalists’ fellowship to report on climate change and biofuel use in rural areas. In 2012, she produced an audio documentary on Occupy Wall Street hosted by Alex Chadwick. She’s a former Nieman Visiting Fellow and Scholar-in-Residence at the Tow Knight Center for Entrepreneurial Journalism. In 2015, she organized a seminar on Native American media and community radio for the Radcliffe Institute of Advanced Study at Harvard. She was honored to receive the Philippine American Press Club’s 2019 Ocampo-Henry Memorial Award in Radio, but even more delighted when her mother, who always wanted to become a journalist, accepted the award on her behalf.

Pamintuan began her career at National Public Radio after graduating from Georgetown University where she studied philosophy and physics. 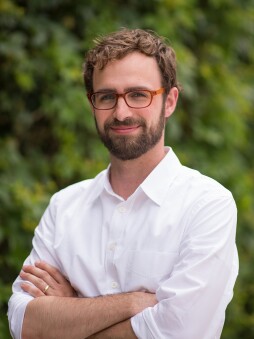 Brian Heffernan is the digital editor and special projects editor at St. Louis Public Radio. Before coming to the newsroom in April 2018, Brian reported for a variety of publications including Al Jazeera America, St. Louis Magazine, Riverfront Times, San Francisco magazine and the Island Packet and Beaufort Gazette newspapers in South Carolina. He also worked in St. Louis’ burgeoning startup and tech industry as a project manager and quality assurance specialist. A St. Louis native, Brian received both his master’s and bachelor’s degrees of the University of Missouri School of Journalism. When he’s not plunked down in front of a computer screen, Brian enjoys traveling, exploring the outdoors, cooking and playing the very adult, sophisticated game of wiffle ball.

Jade Harrell has been part of the programming team since October 2018 as an announcer on weeknights and weekends. Jade comes to St. Louis Public Radio as a TEDx Speaker, radio and television host and producer. Her passion for community and storytelling matured at iHeart Radio, where she was host and producer of legacy community affairs program, “Sunday Morning Live” for over 13 years. Thousands of person-to-person interviews and decades of committed work in radio, television and media production have afforded Jade the opportunity to positively impact the lives of people all over the world. She has the unique ability to connect with people of diverse backgrounds, circumstances and environments. Her mission is to make a tangible, positive impact on the world and add value to the life of every person she encounters. She has become recognized for her passion, commitment to community, quality content, and authentic positive energy.

Jade is one of ten TedX Gateway Arch speakers (“Ripple Effect” 2017). She was recently named as one of St. Louis’ 50 Most Intriguing Women, Power 100 and Social Influencers (Delux Magazine). She’s been awarded with the “What’s Right with the Region!” Award and Grace Hill Women’s Business Center’s “Wall of Fame”. Jade has been featured in the St. Louis Business Journal, Cortex “People”, the St. Louis American newspaper and on KSDK-Channel 5. She helped to launch several successful podcasts and served as co-host and producer of the #1 Health & Fitness podcast on Apple Podcasts, “The Model Health Show”.

Although her reach is global, she maintains positive impact locally. She is consistently hired as keynote speaker, emcee and facilitator for events and programs with non-profit organizations, educational institutions and private sector entities.

A native of Denver, Colorado, Jade graduated from Hampton University with a bachelor’s degree in Business Administration then entered the corporate arena as an executive in administration, marketing and PR. She worked with Coca-Cola Corporate Headquarters, UPS International PR and GE Capital Commercial Direct before becoming an independent consultant and producer.

Jade is constantly curious and loves to create. She is most happy when “in the lab”, in the kitchen, engaged in meaningful exchange, immersed in story or in adventures with her family. 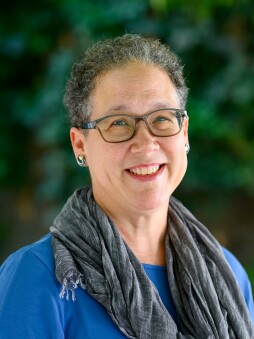 Maria is an experienced fundraiser who has worked with the Saint Louis Zoo, St. Louis Black Repertory Company and Grand Center, Inc. among others. Her great satisfaction in life has been to help people find creative ways to support the causes they care about. Before joining the staff at St. Louis Public Radio she worked at the St. Louis Community Foundation to help nonprofit organizations access funding opportunities. She is a Certified Fund Raising Executive and holds master’s degrees in business administration and arts administration from Southern Methodist University. 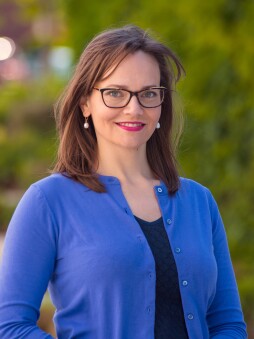 As the Director of Marketing & Digital Media for St. Louis Public Radio, Madalyn Painter works to move audiences to deeper levels of loyalty to our service to the community. She and her team provide targeted marketing, business intelligence, and visual design and support the station’s digital products and strategy.

Since joining KWMU in 2006, she has helped transform stlpublicradio.org into a regional news destination, with well over 500% growth in site visits.

Previously, she worked in communications and digital media for KETC/Channel 9 (Nine Network of Public Media). She started her career in marketing in 2000 as a copywriter and website designer. Her professional awards include four regional and one national Edward R. Murrow Award.

Her master’s degree in social work, from Saint Louis University, instilled values of collaboration, listening, and evidence-based practice — all surprisingly applicable to marketing. She’s also a proud former English major, with a bachelor’s degree from the University of Missouri-Columbia, and enjoys drawing and poetry.

She grew up in the forested Ozark mountains and still dreams about moss-covered boulders, cold Bull Creek, and the sound of spring peeper frogs. In the city, she delights in gardens — her own and any others into which she can wander. 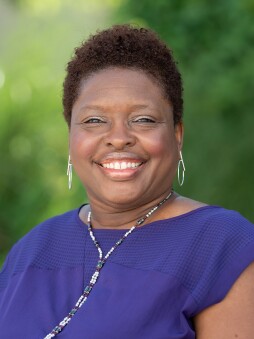 As a long time employee of The University of Missouri-St. Louis, Melody joined St. Louis Public Radio in March of 2018 as a Financial Accountant/Analyst with the Finance and Administration team. Now, as Director of Business Administration Melody will continue to help oversee the business and fiscal functions of the station while working with the leadership team and staff to support the station’s mission. According to Melody, being able to work for an organization that she admires feels like “having my cake and eating it too, it is a pleasure!”

Whenever she can, Melody volunteers or serves on committees with her son’s school district and her neighborhood association. She is a member of the Chancellor’s Cultural Diversity Council (CCDC) and a former volunteer with the Volunteer Income Tax Assistance (VITA) program. Her free time is spent enjoying time with family, reading a good book, listening to public radio programs, watching HGTV, and listening to music, especially the magnificent playlists prepared by her husband. Her enjoyment of the STLPR award winning podcast “We Live Here” has helped to grow her interest in podcasts and the wonderful stories and learning opportunities that come from them. Her family has also been involved in youth sports for many years with a particular passion for baseball. She has visited almost every youth sports park in the Metro St. Louis area and quite a few in other states. The easiest way to describe her family’s relationship with baseball is to Google, “If You Give a Boy a Baseball.” It pretty much sums up her life as a baseball mom.